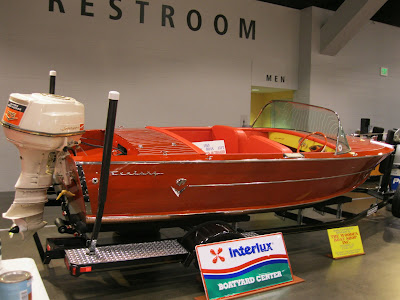 In December of 2010, the Security Commission appointed a sub-committee to study the boat length rule on Cordry and Sweetwater Lakes. The committee is headed by Ben Halley and includes members David Moebs, Eric Hardesty, Bryan Dougherty, and Dave Jarrett. The group has met several times through the winter and has been collecting and discussing much data on the subject. Numerous guests have also attended these meetings. This sub-committee will be presenting their findings and recommendations at the next Security Commission meeting to be held at 7:30 PM on March 8th, 2011. All meeting are open to the public.
Posted by Dave Jarrett at 8:08 PM 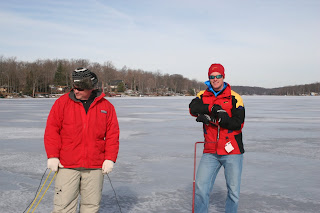 Mike Smith and friends Doug and Kevin enjoyed some ice fishing and ice skating out in front of Sweetwater Beach on Sunday, February 13th, 2011.
Posted by Dave Jarrett at 1:28 PM 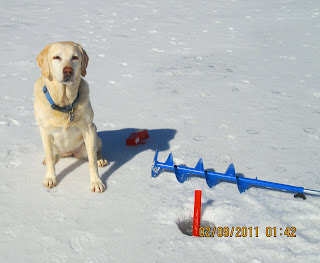 How thick is the ice? At the north end of Sweetwater it measures 8+ inches thick.
Posted by Dave Jarrett at 2:14 PM 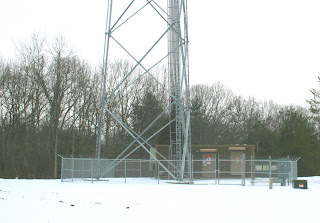 Where's the service!? According to information supplied at the February 8th Security Commission meeting, cell phone service is close at hand....we hope! The cell tower, building, and fencing are complete. Verizon is waiting for Century Link to complete 6 more "T-1" lines. Twelve "T-1" lines are required for the tower to operate. Six "T-1" lines are in operation now. Verizon is applying pressure to the local phone supplier to complete the additional 6 lines as soon as possible.
Posted by Dave Jarrett at 2:25 PM 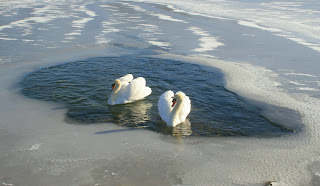 The Sweetwater Lake Swans have been successfully relocated to a private farm pond in southern Johnson County. Dr. David Brickler of Briarcrest Animal Hospital located on State Road #135 captured the swans on Friday, February 11th and took them to his farm. Dr. Bricker is noted for keeping different exotic animals at his office and farm.
Posted by Dave Jarrett at 10:01 PM